Smyrna on my Mind by George Galdies

In this book we discover similarities and contrasts between the author’s childhood and that of his father Peter, who was brought up in sheer poverty due to the ravages of war and strife of WW1 whilst the author had the privilege of growing up in the ease of a middle-class family home which his father had managed to create against all odds.

As we read on, there also emerges the parallel tale of the destiny of their birthplace: the Aegean city of Smyrna. A true survivor of invasion, occupation, and destruction, this province rebuilds herself as modern Izmir in record time, as observed and narrated by the author and his father. The transformation is illustrated with personal photographs from early childhood into their later life.

The chronicle is presented to the reader in the form of alphabetical entries. Each letter reminding the author of words that influenced him the most. These are names of people, places and abstractions that went towards moulding his adulthood. 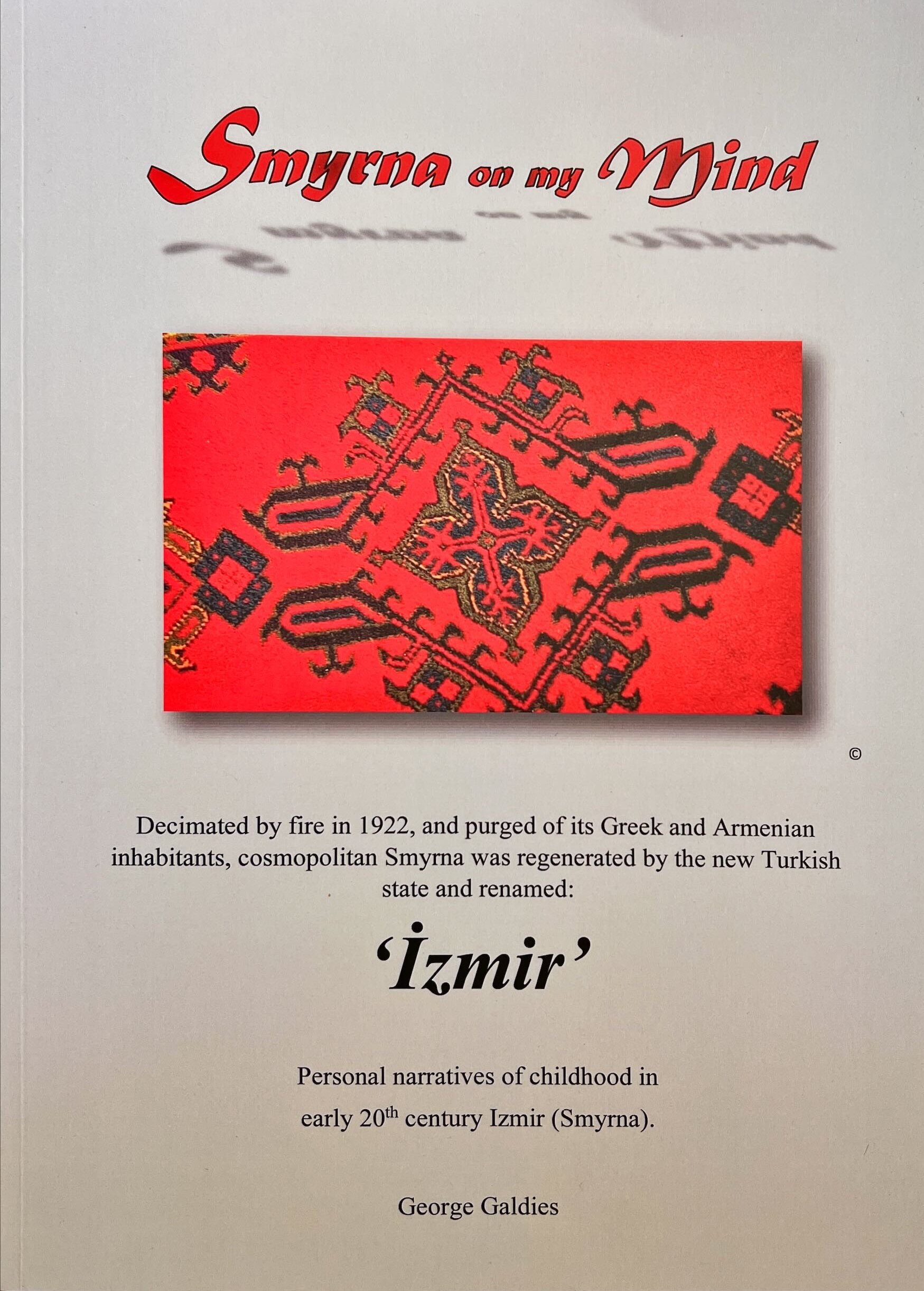 Login to Constantinopolitan Greeks in the UK
Reset Password
Enter the username or e-mail you used in your profile. A password reset link will be sent to you by email.